Up early for the 0600 hrs Air India ATR 42 flight to Jablaphur.....it's a prop driven plane and Jablaphur Airport appears as an old WWII aistrip, but somewhere is hidden an active military base. 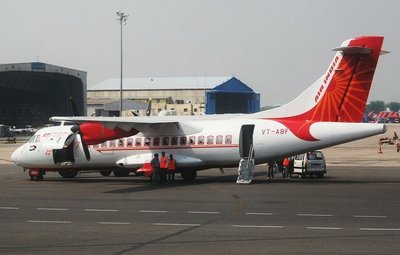 A four hrs from Jablaphur to Kanha Tiger Reserve and into our rather lavious accommodations at the Tuli Tiger Resort. We get to met with our guide/tracker - Rajan who is best described as the 'best of the best' at Kanha and is high demand by many officials & VIPs.

Our afternoon trip into Kanha is pretty straight forward (along with heaps of other vehicles). A short distance into the park we come across a herd of India Gaur or Bison. Certainly not intimidated by tourists or vehicles. 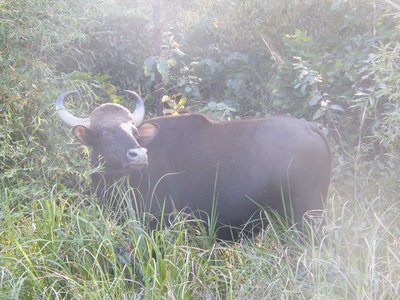 Rajan certainly has us peg right from the start as serious wildlife people and quickly takes us away from the 'hordes' of tourist jeeps loaded with people who cannot understand the need for quiet. A very bumpy track over a hilltop and down into the back meadows. Shortly after reaching the meadows, Rajan stops and listens to some of the alarm calls coming tfrom the spotted deer and langur monkeys...tiger!!!

Through a clearing in the jungle about 200yds away we spy a wild tiger slowly making it's way around the hill. Photographs are a bit hard given the distance and thick grass but the excitement of tracking our first tiger is enough...on our first drive even. 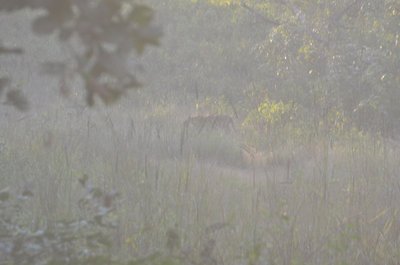 Rajan assures us we will do better in the coming days , so we leave before the 'hordes' catch on. The rest of the drive is spent getting ourselves orientated to the areas and the various wildlife.....checking on pug marks alongside the roads and deteermine whether they are male or female. Learning tracking and the various sounds of the jungle all adds to the excitement and understanding of 'tiger tracking' and the difference between seeing and not seeing a tiger. The other 2 factors are patience and absolute quiet.

At the 2nd entrance to Kanha, you will find a large bayan tree...home to 8 spotted owlets. It's almost mandatory to stop and check how many can be found in the hollow of the main trunk - 1 on day 1.

A quick stop at the local bottleshop for some Kingfisher (80RS - 500ml can) and back for another currry dinner. It's an early to bed as the morning drives start at 5.30am with a 6am kick off at the main gate. You most definitely don't want to be last in a queue of 70 or more jeeps.

Back in Delhi, our tours take in all the attractions we have already seen - it's really just a stop over before heading of to Kanha Tiger Reserve.

Our one exception is Humayan' Tomb. 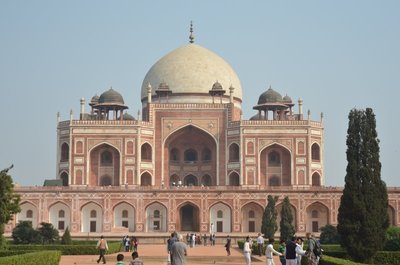 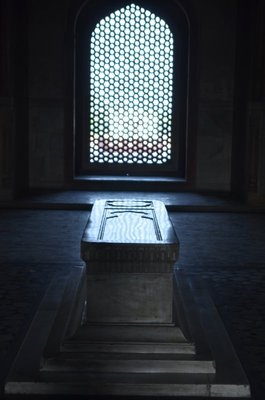 All the other attractions seem crowded with people and school children and the vehicle traffic becomes a bit unbearable with the constant honking of horns and revving of motors....ooooh for the piece and quiet of the country.

Kaziranga to Guwahati to Delhi

Because of the poor road conditions and street closures becuase of the big funeral procession in Guwahati of a local dignatory and renown singer, we have to leave Wild Grass Lodge at 7:00am.

Finally we arrive at the airport only to find our flight to Delhi is delayed and will not leave until 4:00pm...again over the Himalayan Mountains only this time it's a bit dark for photos...just our luck.

Arriving in Delhi, we settle on the nearby Dee Marks Hotel considering that we will have to leave for our next flight at 6:00am in two days time

We awoke this morning to the news that only 4 kms away in the local village - 3 people had been attacked by a tiger and killed. Park Rangers had sealed off the village with the intention of darting the tiger and removing it to a more remote location.

Didn't seem to bother our guide as he took us straight through the zone in the Central section and back out along the track leading to the watch tower overlooking the nearby lake.

A very large herd of wild elephants with calves were happily feeding on the foreshores and it was truly a sight to behold. 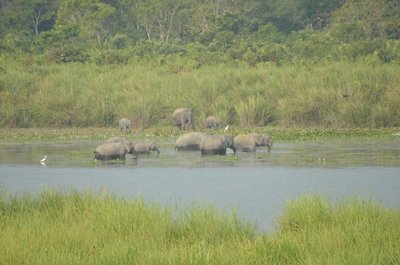 We sit peacefully for a while watching them before the herd moves off into the tall grass. Suddenly there is a mass of shrilled trumpeting signalling danger followed by the roar of a Royal Bengal tiger.

Our guide Polous interprets the sounds as they come...it appears the herd has stumbled onto a tiger who was waiting in ambush in the hope of separating a calf for a kill. The battle sounds emenating from the grass are body trembling and horrendous. After about 3 minutes silence returns to the waterhole. We ask Polous for his opinion as to the possible outcome and he seems convinced that the tiger lost the battle. All the same, this is the same area that Rangers are looking for a rogue tiger, so we move cautiously off.

Half way back to the main entrance, we glimpse the head of a rhino peeking around a tree. We decide to stop and wait & see if it will venture out onto the track. Our patience is rewarded as both a male and female rhino emerge from the grass and commence to walk towards us. 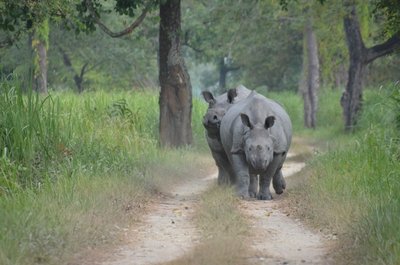 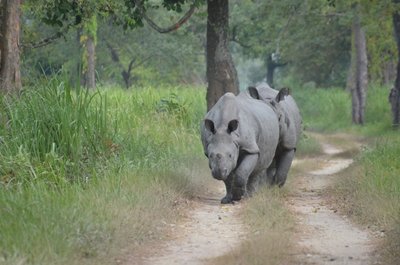 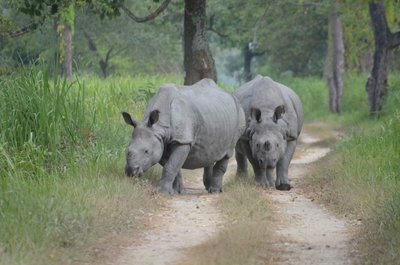 Our afternoon drive starts off with a rare surprise. We come across a Park mahout and his female elephant togther with a young 4 month baby called "Vishinasina". She was a load of fun, racing up to the vehicle when called, stretching her trunk out to be patted before scurring back to mum only to return minutes later. 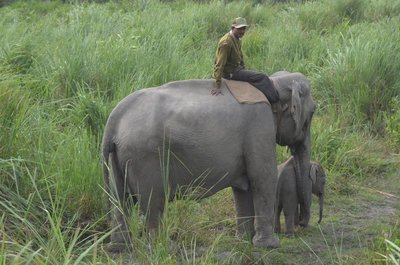 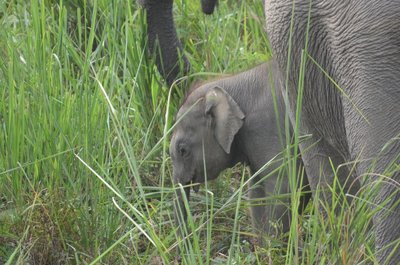 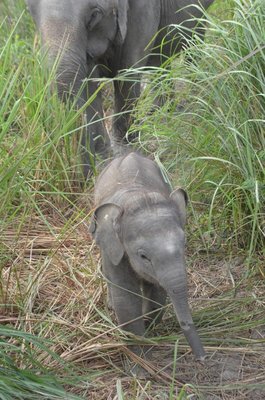 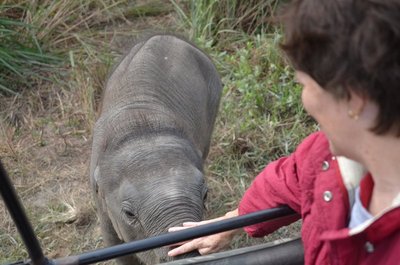 Further on up the track, we come across another Park mahout and his elephant, only this time they are on their daily patrol on the lookout for problems or poaching. These Park Rangers live in isolated houses in the Park on a 6 month rotational duty with their elephants and are unarmed. In the event of trouble, the radio in for a special armed unit to their location. 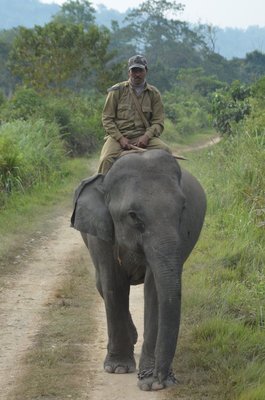 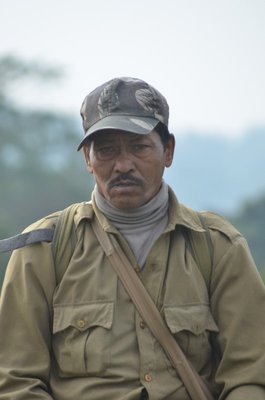 We continue out to the West watch tower for sunset. There is a myriad of waterfowl and birds with a few elephants on the opposite bank.

Over 1km away a lone rhino is seen on the edge of the grassland. A small grey object is seen running around the rhino. a hard look through the video camera revealed a small 1 week old baby rhino happily playing in the mud around Mum....what an special sight....it was truly comical as he/she ran around falling in the mudholes. Unfortunately too far for photos and only some brief grainy video.

As the sun finally set, a lone male rhino walked out into the water and appeared to walked almost totally submerged to a small island of fresh lake weed....what some people will do for a meal.(too far for photos, but some very grainy video) 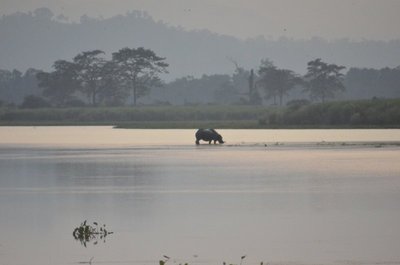 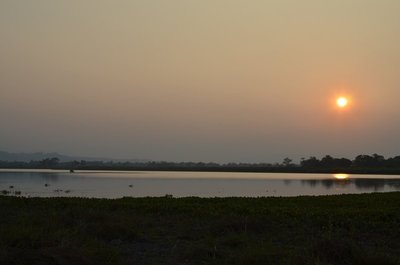 The end of our first NAtional Park experience......

Another 6:00am start this time to the East end of the Park. Totally different vegetation,mainly tropical and dense jungle. Not so many animals here...loads of birds and butterflies with hog deer, wild boar & baboons. No chance of a rhino, elephant or tiger, but the wildlife & scenery is memorable. 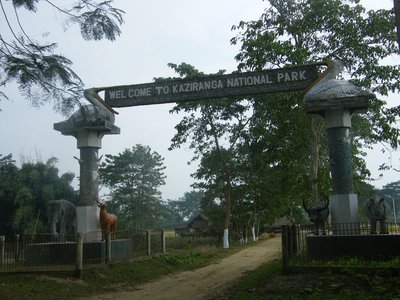 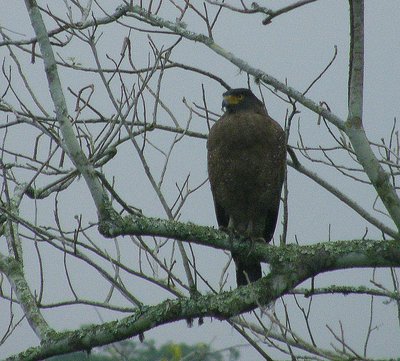 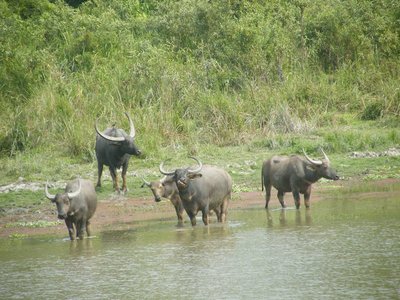 Our elephant ride starts at 3:00pm & we have chosen the Central section with a good chance of seeing the Indian 1 horned rhino. We were certainly not disappointed. Trying to take photos from the back of a moving elephant is certainly entertaining, so most of the shots are on video. and all up we came across 3 rhinos, herds of hog deer, swamp deer, wild boar and countless birds and a solitary old wild buffalo.

Our 'mahout' (elephant driver) realized that we were interested in getting photos & video, so he kept us away from the tourist horde. 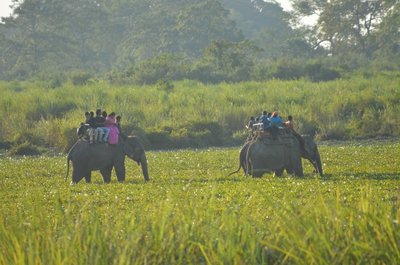 2 of the baby elephants tagged along with the group, obviously in-training. Only 2 minutes earlier, I had spent 5 minutes giving one of them a back massage and scratch. 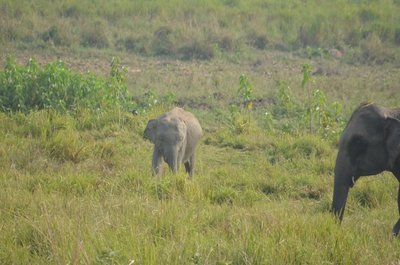 Just watching the mahouts getting the elephants ready for the riders and the way they command them is a wonderful experience of the relationship between mahouts and elephant.

All too soon it was dark and our experience ended.